In a recent Journal of Behavioral Experimental Finance study - "Individual differences in susceptibility to financial bullshit" (excuse the language), a group of researchers developed a measurement scale to “assess consumers’ ability to detect and distinguish verbal financial assertions that are presented as true and meaningful but are actually meaningless.” Basically - how many investors out there believe what Wall Street is selling?

The research paper is involved; if you like scientific details - dig in. 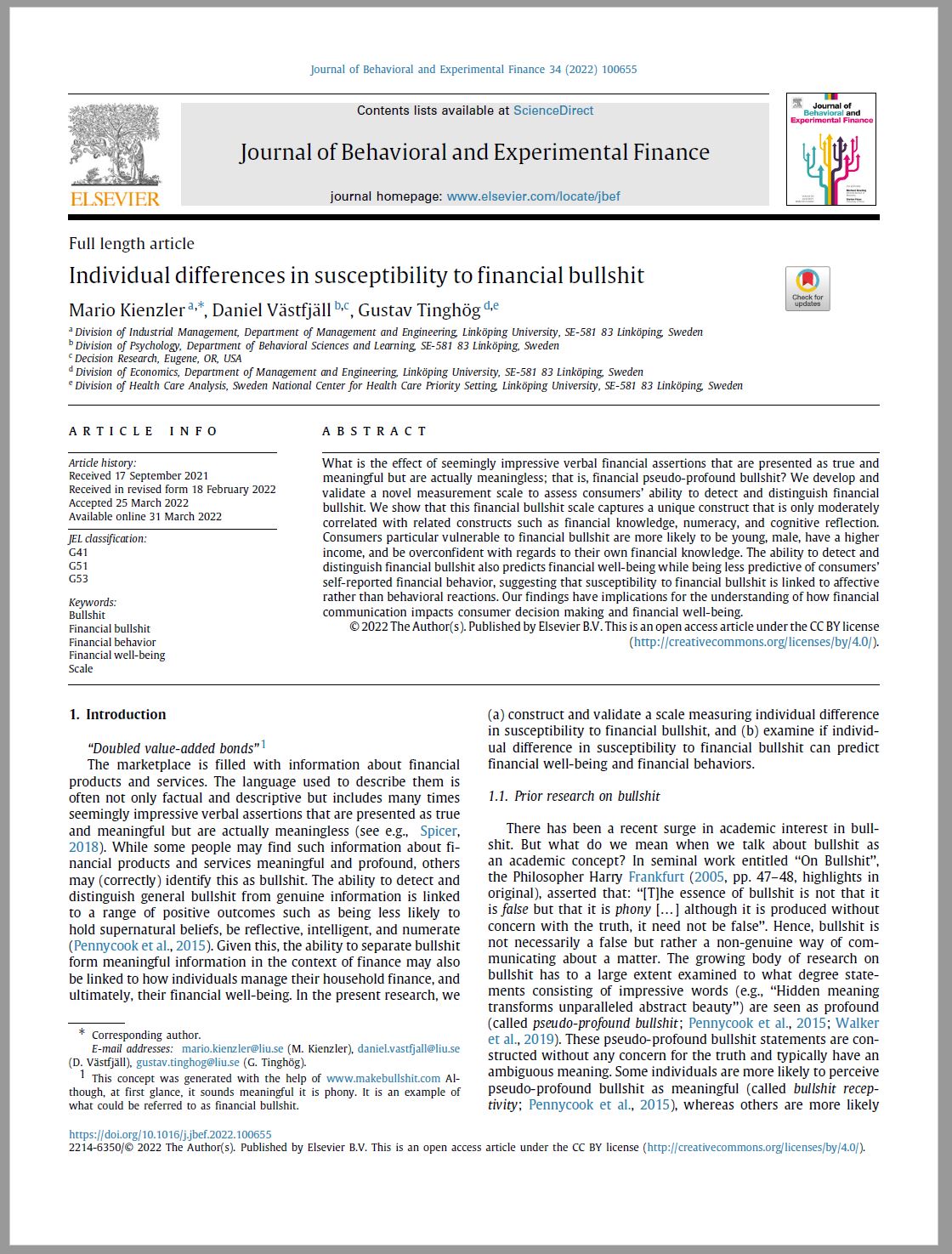 In summary, consumers most vulnerable to financial BS were more likely to be “young, male, have a higher income, and be overconfident with regards to their own financial knowledge.”

When working with financial professionals, it’s important to ask yourself some key questions to gain transparency and eliminate meaningless claims:

Building wealth and ignoring Wall Street can appear intimidating and insurmountable. It doesn’t have to be that way. Let’s strategize together and sift through the financial BS.